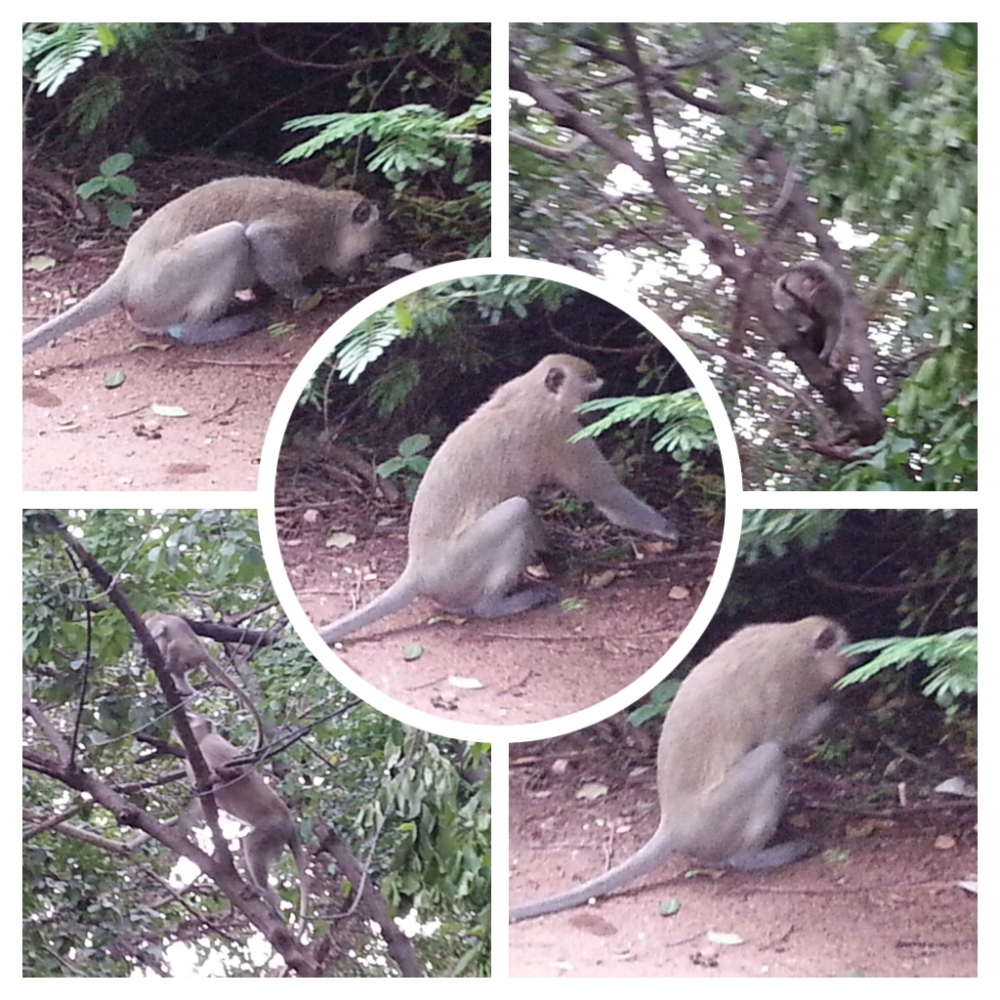 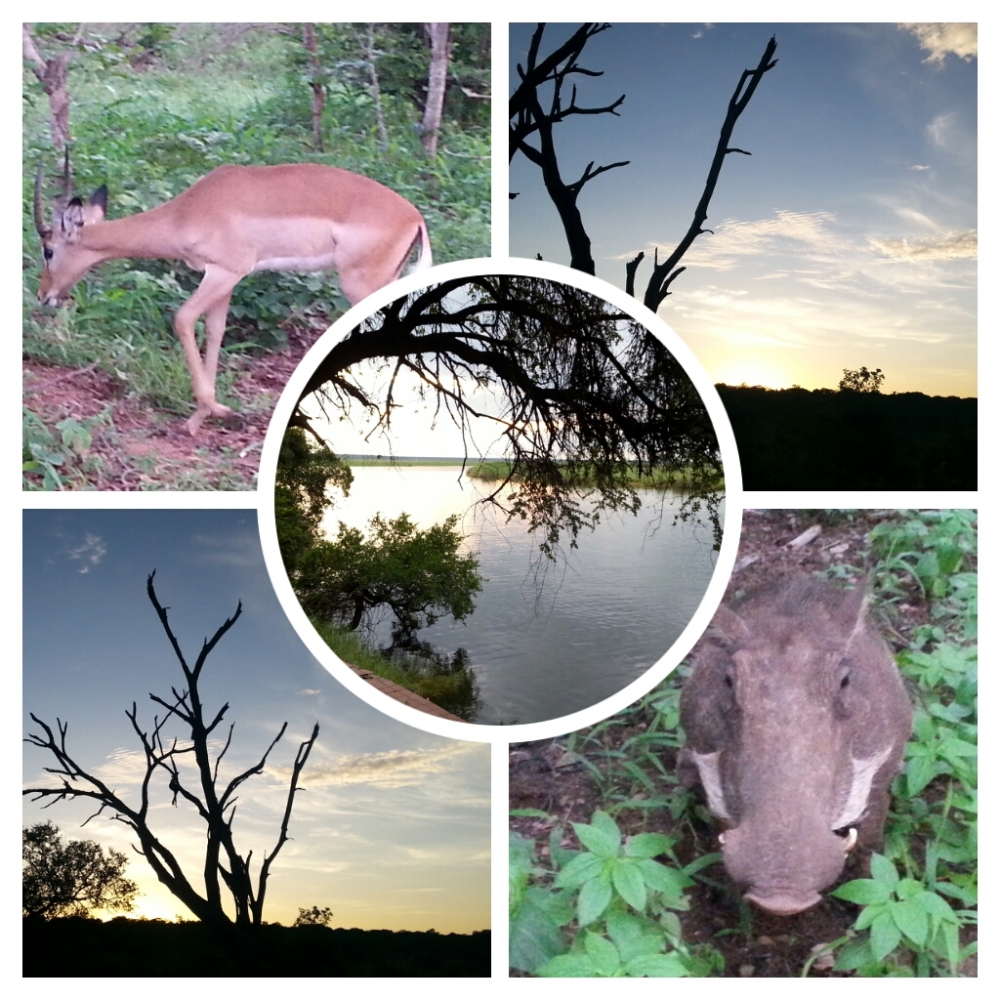 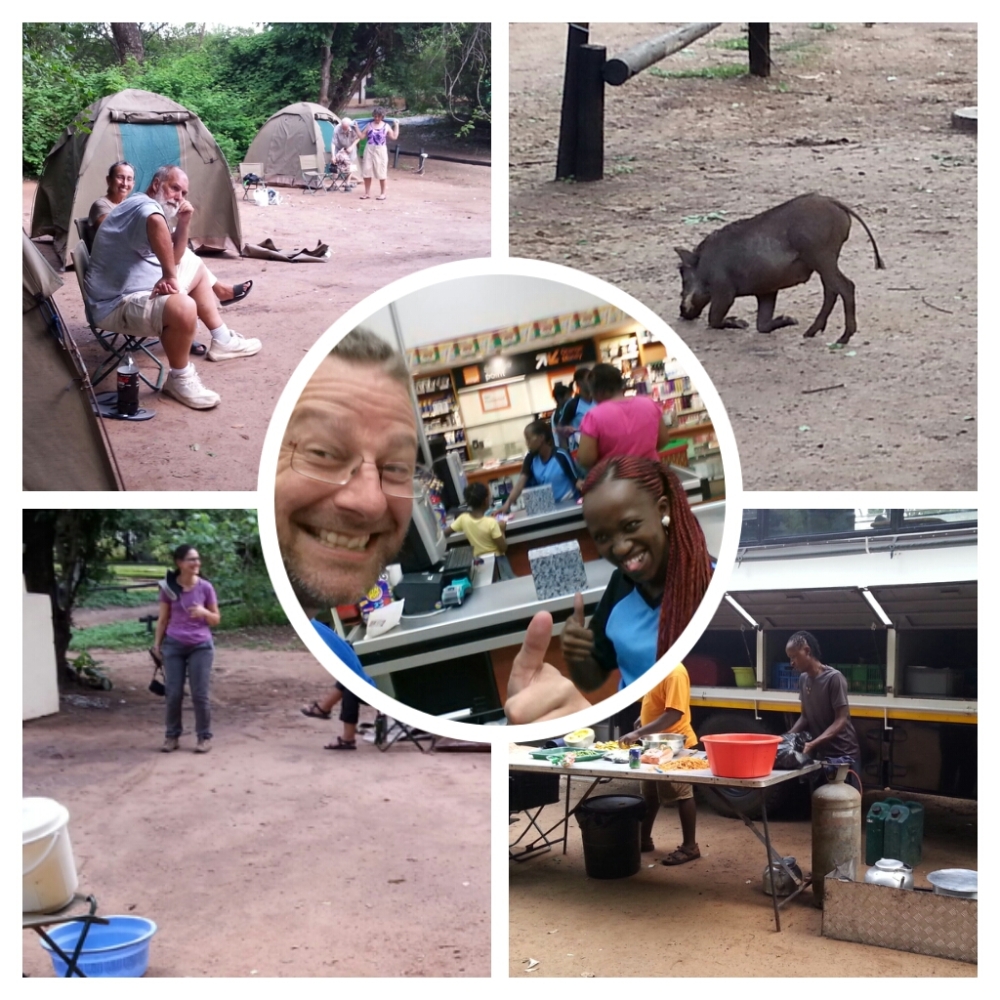 Day 304… Today we travel to Chobe National Park in Botswana (100 km, approx 3 hrs).
Botswana’s first national park, Chobe, is perhaps best known for its high concentration of elephants, which can often be seen swimming in the Chobe River. The river also attracts wallowing hippos, a variety of birdlife, crocodiles sunning themselves by the water’s edge, and cheetahs and lions which come down to drink. Today is all about the sleep in, the short drive and getting accustomed to camp life… learning how to set up our tents… the duty roster and how it all works, etc. After that its an amazing camp dinner (seriously, our on board cook Mike is turning out food that actually rivals many western restaurants. .. just mouth watering stuff!) & turn in for an early start.
It’s also interesting on a personal note that this is the first time in 9 months I’ve seen my southern night sky… I actually had a hard time finding the southern cross, it’s been too long.

It’s funny how people are people everywhere you go, even if the people concerned aren’t the people the people who made up the phrase “people are people everywhere you go” had traditionally thought of as people in the first place. But by and large people are nice and treat you and each other respectfully… regardless of race, creed, religion or colour… its only the extremist people, the bigoted people, the honestly anti-people people (regardless of how open minded they purport to be) that really made all the fuss and bother of the world.